From leadership to inspection to production, successfully manufacturing and maintaining aircraft to meet deadlines or up-time requirements while ensuring overall safety can be challenging. There are several challenges that aviation companies must consider in order to stand out among competition and satisfy customer demands.

The controversial Brexit vote caused ripples across the globe. The implications are still playing out as Great Britain continues to negotiate its exit. Specific to regulations covering European aviation, the European Union has its own entity called the European Union Aviation Safety Agency, or EASA. EASA is responsible for providing a single regulatory and certification process among Member States. Brexit is causing confusion as to how existing certificates issued by EASA to UK companies will be handled.

Market leaders and smaller manufacturers alike have traditionally been focused in the United States and Europe, but many companies are now considering Southeast Asia for new manufacturing base locations. Additionally, Southeast Asian companies are also looking to increase their MRO service capacity. Moving to increased international production will pose several challenges for manufacturers and MROs. Regardless of the manufacturing location, companies need to adhere to strict safety standards. This becomes even more complicated as manufacturing companies build supply chain networks that source component parts from all over the globe.

As with many manufacturing industries, the state of the U.S. economy significantly influences the relative strength or weakness of aviation. Over the years, domestic airline capacity largely follows the same trend line of U.S. GDP. This trend is mirrored globally – there is correlation between economic growth and air traffic growth.

What does this mean for aircraft manufacturers and MROs? As economies change, so does the need for both government and civil aircraft and supporting services. Though still uncertain and widely debated, there are some indications that the United States is heading for a potential recession, or at minimum a change in the global GDP lineup, going into 2020. As analysts continue to debate the potential for a U.S. recession in 2020, aircraft manufacturers should keep a close watch on economic indicators.

The concept of safety in aircraft maintenance and manufacturing is twofold. First, companies must take steps to ensure the ongoing safety of their workers. From production to assembly, it is imperative that employees have safe environments and the tools with which to perform their job without harm. The manufacturing of aircraft makes that even more complex. Throughout production, workers are exposed to tight environments, limited visibility and even chemical substances.

Second, but no less important, is the safety of the customer. Whether the aircraft will be transporting consumers, armed forces or goods, the impact of a component failure can be extremely costly (both financially and to reputation) and at worst, deadly. As consumers demand more accountability and visibility to safety practices, aircraft manufacturers need to be as diligent and progressive as possible going forward. 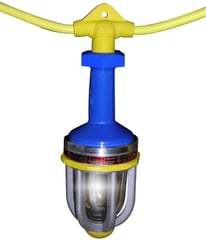 The Importance of Temporary Lighting and Power

During fabrication or maintenance, employees are frequently working in tight spaces or areas with limited access to traditional light and power. Temporary lighting solutions can help employees clearly see their work, while portable power ensures that they can utilize essential tools with more freedom.

The Essentials of Aircraft Manufacturing and Maintenance

Learn how to navigate these challenges in our new aircraft handbook. From key regulations to industry trends, the handbook explores everything you need to know when manufacturing or maintaining aircraft.

John has been involved in the power distribution, power quality, and lighting world for 20 years, working with maintenance/facility teams and engineers to solve problems and promote safety in retail, commercial and industrial spaces. 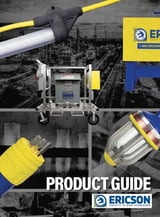 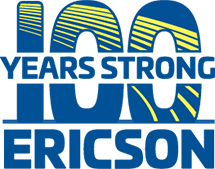