What is FSMA and Why is it Important? 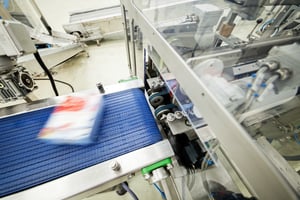 The Food Safety Modernization Act (FSMA) is an overhaul of food safety policies that was signed into law after one of the most severe food-poisoning outbreaks in the United States. In 2009,  peanut butter tainted with the bacteria salmonella (one of 31 known pathogens) sickened consumers in 46 states, and is attributed to an estimated 22,000 illnesses and nine deaths.

FSMA was implemented two years later, and was the first major change to safety standards since the Food, Drug, and Cosmetic Act was passed in 1938.  The new regulations focus on preventing microbial contamination and ultimately decreasing the number of incidents (According to the Center for Disease Control (CDC), 128,0000 people are hospitalized and 3,000 people die from foodborne illness annually in the United States).

Food facilities are now required to implement a written Hazard Analysis and Risk-based Preventive Controls (HARPC) plan. This involves evaluating potential hazards that could affect food safety, creating preventive steps (controls) to mitigate these hazards, detailing how the facility will periodically assess controls to ensure they are effective, maintaining records of the monitoring efforts, and creating an action plan to respond to unforeseen problems.

FSMA also includes the Produce Rule, which creates new standards for the growing, harvesting, shipping, and storing of produce. The regulations apply to fruits and vegetables that are normally consumed raw, such as tomatoes, cucumbers, strawberries, or carrots. It does not apply to produce that is almost always cooked (such as acorn squash and potatoes) or produce grown for personal consumption.

Moreover, the Act empowers the FDA to better enforce the new policies. Importers are now the sole parties responsible for ensuring their suppliers have appropriate measures in place to produce safe food. If something is amiss,the FDA has the right to block any shipments from a company that won't allow the FDA to inspect their facilities. Lastly, they are allowed to order a third-party inspection of suspect goods to negate potential bias toward one outcome or the other.

FSMA was put into practice to protect consumers from preventable foodborne illness.  For more information on specific standards, visit the FDA website.

To see how Ericson can help in your facility, learn more about our antimicrobial power drops and wiring devices.