What are Hazardous Location Requirements & Why are They So Important?

Equipment used in areas where explosive concentrations of dusts or gases can be a major safety hazard. Hazardous locations like these can occur in industries like Oil & Gas, Power Generation, Sewage Treatment, Mining, Confined Spaces, and many others. 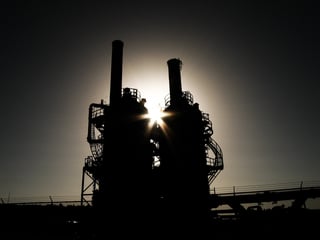 Hazardous area classification is the evaluation and classification of hazardous locations using scientific and engineering principles in companies where chemicals are manufactured or utilized. These areas are classified to ensure the safe and proper specification and installation of electrical equipment.

In the United States, the most commonly used hazardous location classification system is defined by the National Fire Protection Association (NFPA) Publication 70, National Electric Code® (NEC) in Articles 500 to 506. The NFPA establishes area classifications based on Classes, Divisions and Zones. When these are combined, they outline the hazardous conditions of a specific area or jobsite. This classification method provides a description of the hazardous material that may be present and the probability that it is present, which helps better specify the appropriate equipment for a jobsite.

Outlined below are the classes, divisions, and groups for hazardous locations:

Class I hazardous locations are those in which flammable gases or vapors are or may be present in the air in quantities sufficient to produce explosive or ignitable mixtures. Class I locations are further subdivided into two Divisions and three Zones.

Class II hazardous locations are areas where combustible dust, rather than gases or liquids, may be present in varying hazardous concentrations. Class II locations are further subdivided into two divisions.

Division 1 is a normal condition, where the hazard would be expected to be present in everyday production operations or during frequent repair and maintenance activity.

Division 2 describes abnormal conditions. When the hazardous material is expected to be confined within closed containers or closed systems and will be present only through accidental rupture, breakage or unusual faulty operation, the situation could be called "abnormal."

Groups- Nature of the Hazardous Location

Group B - Hydrogen (or gases of equivalent hazard)

It is practically impossible to completely eliminate electrical equipment from a hazardous location. When the correct precautions aren’t taken, there is a higher chance that things will go wrong. In order to help minimize explosive and flammable situations, all equipment should be tested and approved to work in environments where hazardous conditions exist.